Behind the scenes
of an Adobe campaign
with apprentice Jaz Barrington 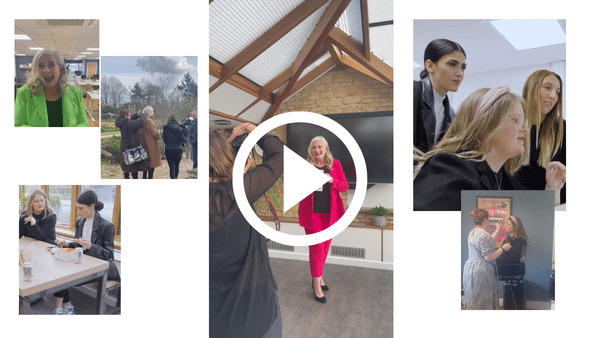 How did the opportunity come about?

I work for Alison Edgar, an author and keynote speaker also known as the ‘Entrepreneur’s Godmother’ – she is quite well known for helping entrepreneurs to grow their businesses.

I run her LinkedIn, actually all the social media, and Alison received a message on LinkedIn from an agency called Torpedo. They reached out saying: “Hey, we have this campaign, we’re not really allowed to tell you who it’s with yet, but it sounds like you’d be a perfect fit”. We share a lot about hybrid working and that’s what the campaign was on.

Alison didn’t know who it was, so we said we would need to check if our values fit with the company. They replied saying, “Trust me, you’re going to want to do this campaign!” They had reached out to a couple of other people as well, in the end they found that Alison and our team would be the best fit for their hybrid working campaign. At the time there were four of us…one in Canada, one in Shefield and two in Wiltshire. It was all about marketing their Adobe Acrobat tool for people who do hybrid working.

While it was going on in the background, we were consciously posting a lot more about hybrid working than we usually would just to warm up our audience a bit, and let them see that we’re a good fit for that campaign.

Alison’s a massive advocate for hybrid working and she has been since before the lockdown, so we’re always sharing different things on it. For example, LinkedIn has the newsletter option, which we use every week. We’ll constantly include something to do with hybrid working like helping senior leaders, because we have a senior leader scorecard as a lead magnet.

Our four main topics we cover all the time are hybrid working, communication, time management and entrepreneurship. We try and do a lot to establish ourselves as a thought leader in that environment.

We don’t really tend to sell on LinkedIn, it’s more just giving value to the people that follow us.

What was it like being part of a big campaign?

They came to our home office first at Alison’s house, and filmed Alison and my manager Rebecca hybrid working, talking on Zoom and stuff like that. The next day we went to their offices in Oxford to film, they were filming us all day. They had makeup artists and stuff on set, running out every five minutes. It was ridiculous! There were so many different people involved, there were videographers, photographers, marketers,  everything.

How exciting! Were there opportunities to do your own marketing around what was happening?

We signed an NDA, so we couldn’t say anything about it for ages. We just mentioned that “something” was coming on social media for the engagement. For the drip campaign we had to think, ‘How are we gonna get people excited about this?’

Behind the scenes, I was taking pictures on my phone of Alison at the set. So it was that content with the logos blurred out that was getting shared on social media. Other than that, we couldn’t say anything until we announced it on social media properly.

Adobe were keen to create an e-book using Alison’s time management methodology ‘Alison Edgar’s Big Balls’. However for reasons that you can probably understand, it was hard to get this name monetised. So we brainstormed with Adobe for a while and came up with the name ‘The Juggling Method’. Adobe then created a free downloadable e-book with our content to help readers ‘juggle it all without dropping the ball’. 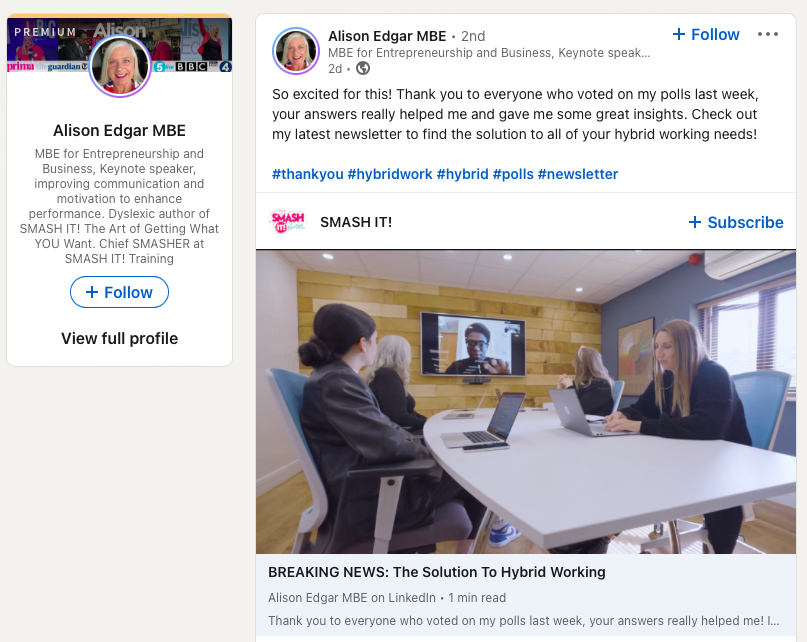 How did you handle it? How did you decide your objectives from an Alison Edgar perspective? You had two months from start to finish right?

We were all so shocked when it first came about, we didn’t really know what was going to come up! We still are not really sure exactly how it’s going to benefit the business because obviously it’s their marketing collateral. So it’s more to market them, but we now have our own marketing around it, and an affiliate link for their campaign.

We were a bit confused at the start, but we knew that we had to run some sponsored posts on Instagram, paid partnership ones. We planned the post announcements, but Torpedo and Adobe covered the rest of it. For us it was more thinking about how we could milk it as much as we can for our engagement and our social media. We just launched a newsletter on LinkedIn about it and an email campaign you can see here. 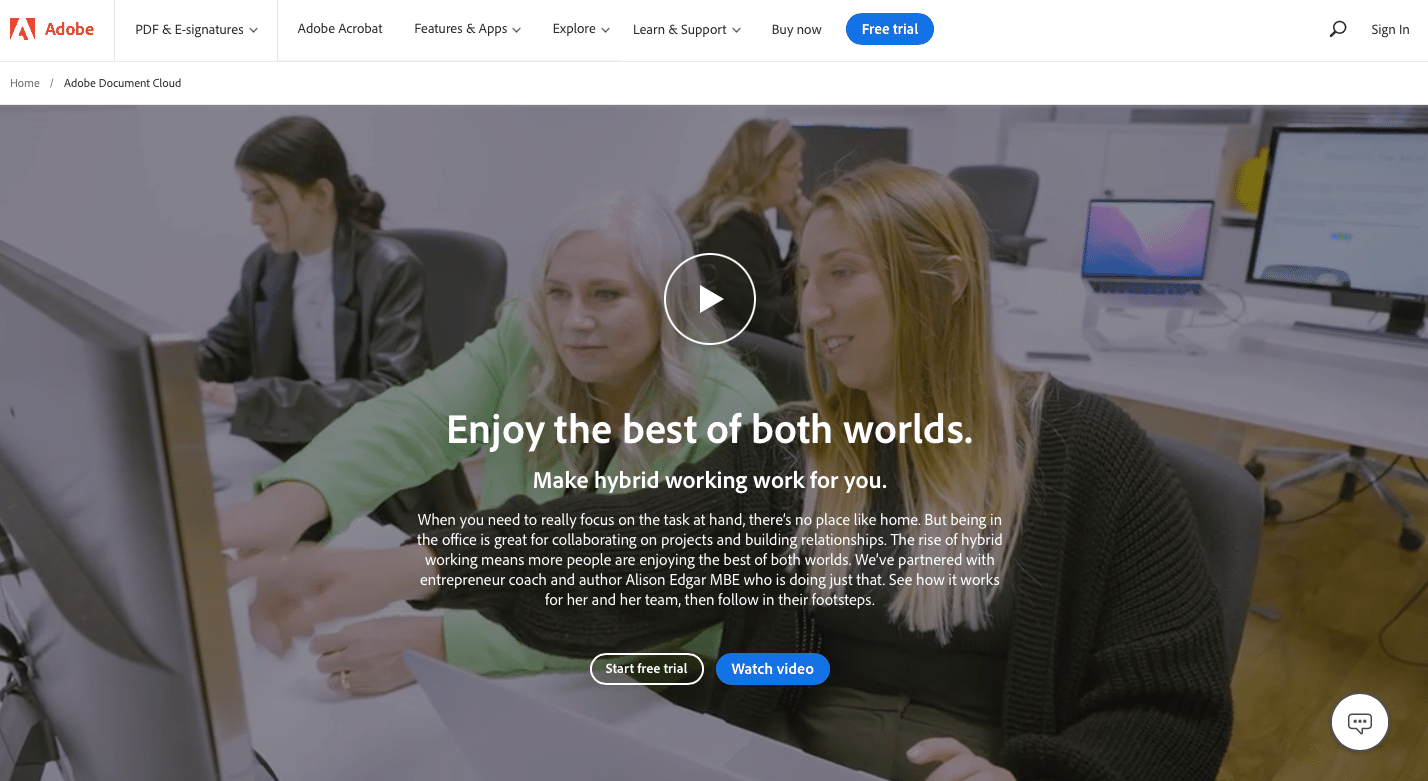 We posted it last week and it’s still getting likes, even today, my phone’s been going off all day because people are still reacting to it! We will wait until it calms down a bit to look back and reflect on how much engagement we’ve got from it.

What was it like working with a global brand on a big-budget campaign?

I guess the thing that I learned the most was just how well everyone could communicate if they really try. With Adobe, because they’re such a creative-led company, they just run things so well. We’ve had such a good experience with them: they’ve met every single deadline, they’ve been telling us if anything’s gone wrong. It’s so reassuring on our end to know that everything’s being kept up.

It sort of made us bear in mind that when we are dealing with our clients, we also need to be on it really quickly, because it’s just so reassuring to be working with someone like that.

What was your key takeaway from the experience?

The key thing that I took away from this experience is that you never know who is looking at your content. When you are a marketer, especially for social media, you spend a lot of time creating content and don’t always get the results you were expecting and sometimes that can be disheartening.

This experience basically showed me exactly why we continue to share valuable posts on social media – specifically LinkedIn. 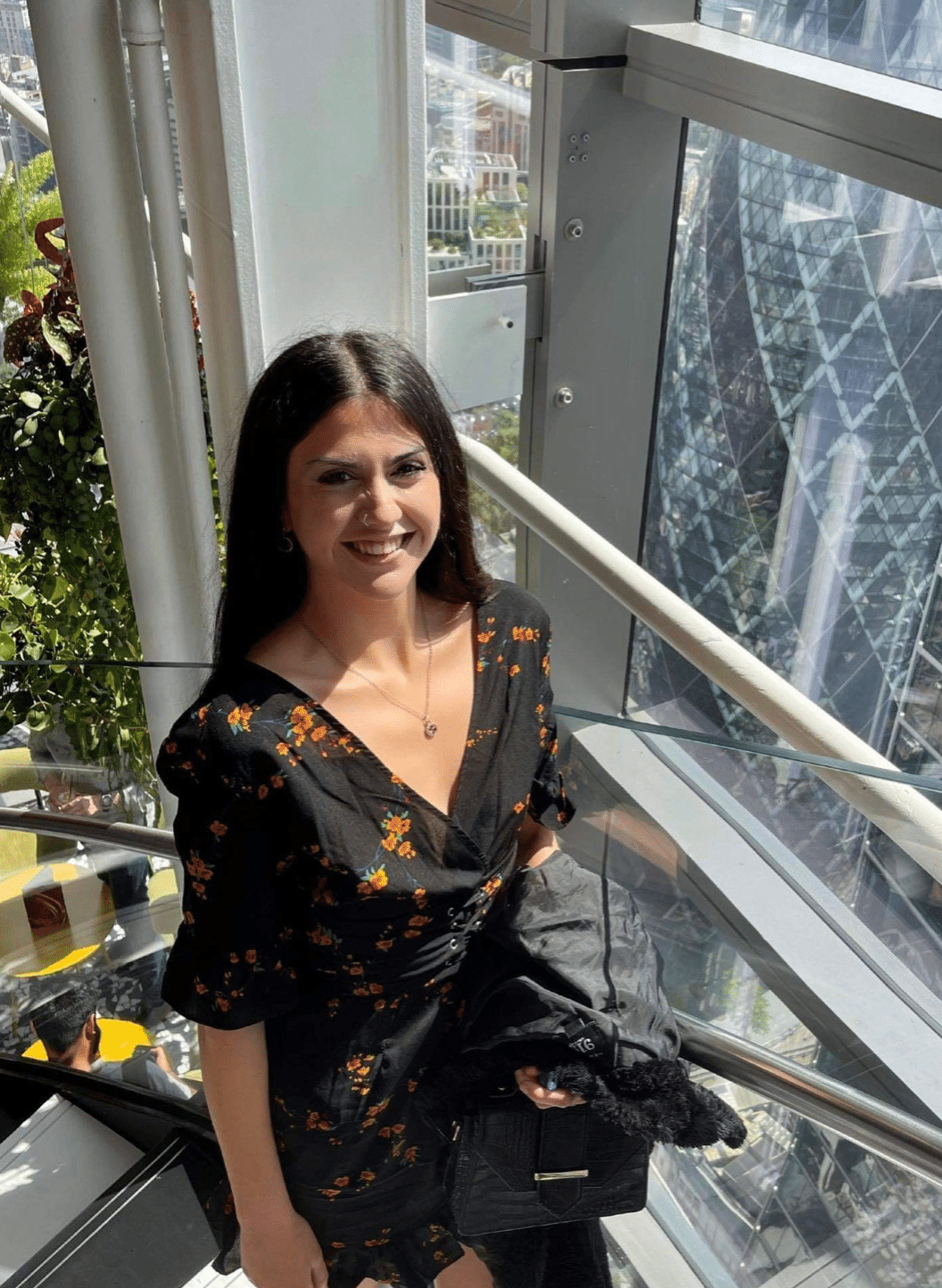 For SME owners who are committed to investing in young talent – we’ll keep you in the loop on opportunities, initiatives and guidance to help your business thrive.